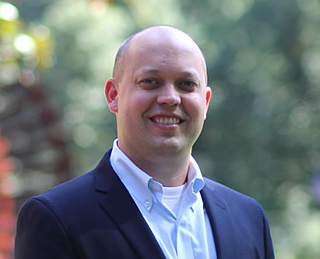 Dr. Aaron M. Houck works with students to explore political concepts and phenomena such as collective-action problems, competition for power (among individuals, groups and governmental institutions), ideological polarization, the operation of electoral systems, voter ignorance and apathy, the legacies of our political history and fundamental civil rights and liberties.

His fascination with political science derives from an intense curiosity about questions like these: What is human nature? How do we figure out what we want as groups of people? And how do we design rules, systems and institutions to help us achieve those goals?

In the Political Science Department, his teaching focuses on U.S. politics, judicial politics and constitutionalism in courses such as POL 100 (U.S. Government), POL 290 (Moot Court), POL 310 and 311 (Constitutional Law) and POL 410 (Capstone). He also teaches general education courses such as QLC 230 (The Politics of the New South) and QLC 330 (The Politics of Urban Design). His research examines the effects of public opinion in determining the Supreme Court’s role in the U.S.’s separation-of-powers system.

Dr. Houck also serves as the pre-law advisor for Queens, a role in which he helps students learn about legal careers and navigate the law-school admission process.