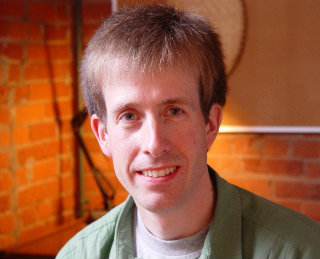 David Christensen is an executive producer at the National Film Board of Canada where he oversees a slate of documentary, interactive, and animation productions made nationally and internationally.  David manages the North West Centre, one of the NFB's six English language studios located across Canada.

Recent studio production highlights include If I Was God, recently Oscar shortlisted for Best Animation Short, the NFB co-produced feature documentary Hadwin's Judgement, directed by Sasha Snow andwhich premiered at the 2015 Hot Docs Film Festival, the feature film The Forbidden Room directed by Guy Maddin & Evan Johnson and screened at the 2015 Berlin, Sundance, Toronto and New York Film Festivals, the acclaimed feature documentary Everything Will Be directed by Julia Kwan, the co-production about Indian Residential Schools We Were Children, the NFB production Vanishing Point, Wiebo's War, the Oscar-nominated animated short film Wild Life, the FWA Site of the Year Bear 71, as well as emerging filmmaking and digital programmes for Nunavut filmmakers. In total, Christensen’s studio has about 25-30 projects in development and production at any one time.

Christensen is an instructor in the master of fine arts in creative writing program.