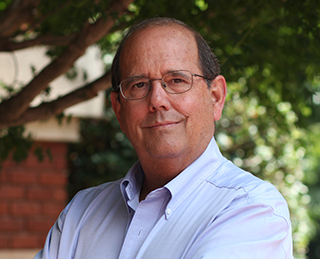 Dr. Harry Bowen joined the McColl School of Business in 2007.  He is professor of economics and international business and holds the W.R. Holland Chair of International Business and Finance.

From 2001 to 2007, he was professor of economics and international business at the Vlerick-Leuven-Gent Management School, Belgium; from 1991 to 2001, he was visiting associate professor at the Paul Merage School of Business at University of California, Irvine, where he also served on the faculty of the Department of Economics. From 1982 to 1991, he was associate professor of economics and international business at the Leonard N. Stern School of Business at New York University, and from 1979 to1982, he served as staff economist in the Office of Foreign Economic Research at the U.S. Department of Labor.

Dr. Bowen has held the titles of Faculty Research Fellow and Research Economist with the National Bureau of Economic Research. In 1997, he was a U.S. Fulbright Scholar to Madagascar, where he lectured and conducted research.

He is a coauthor of the text Applied International Trade (2012, Palgrave-Macmillan: London). A former Olin Fellow in Empirical Economics, Dr. Bowen has lectured at numerous foreign universities.

In addition to his academic accomplishments, he has served as a consultant to various government agencies, corporations and private nonprofit institutions, including the 3M Corporation, American Chamber of Commerce (Belgium), Chrysler Corporation and the U.S. National Science Foundation.