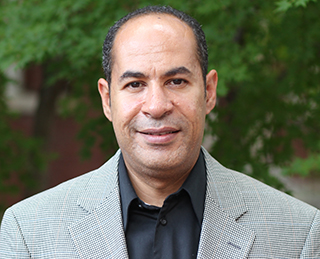 His areas of expertise and research interests are focused on the new media in the Middle East, particularly satellite channels and the Internet, and their impact on the Arab public sphere. He is also interested in issues of public diplomacy and ways of initiating effective dialogue between the Middle East and the West.

Dr. el-Nawawy is the author and co-author of several books, including Egyptian Revolution 2.0: Political Blogging, Civic Engagement, and Citizen Journalism by Palgrave Macmillian, 2013; Islam dot Com: Contemporary Islamic Discourses in Cyberspace by Palgrave Macmillan, 2009; Al-Jazeera: The Story of the Network that is Rattling Governments and Redefining Modern Journalism by Westview Press, 2003; Al-Jazeera: How the Free Arab News Network Scooped the World and Changed the Middle East by Westview Press, 2002; and the Israeli-Egyptian Peace Process in the Reporting of Western Journalists by Greenwood Publishers, 2002.

He has also published in several national and foreign journals in the international communication field. His work on Arab media in general, and Al-Jazeera in particular, has attracted the attention of the popular press inside and outside the United States.

He is the founding and senior editor of the Journal of Middle East Media and serves on the editorial boards of Media, War and Conflict journal and Global Media journal. He also serves as the vice president of the Arab-U.S. Association for Communication Educators.

Dr. el-Nawawy also has professional journalistic experience in the United States and the Middle East.