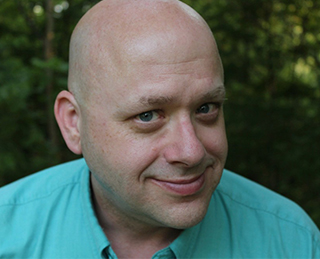 Pinckney Benedict is the author of the novel Dogs of God and three collections of short fiction, the most recent of which is Miracle Boy and Other Stories. His work has been published in, among other magazines and anthologies, Esquire, Zoetrope: All-Story, Tin House, the O. Henry Award series (twice), the Pushcart Prize series (three times), the Best New Stories from the South series (four times), Apocalypse Now: Poems and Prose from the End of Days, The Ecco Anthology of Contemporary American Short Fiction, and The Oxford Book of the American Short Story.

He wrote the screenplay for the feature film Four Days, and the lyrics and libretto for A:The Scarlet Letter, a musical adaptation of Nathaniel Hawthorne's novel.

Benedict is the recipient of a Literature Fellowship from the National Endowment for the Arts, a fiction grant from the Illinois Arts Council, two Plattner Awards for fiction from Appalachian Heritage magazine, a Literary Fellowship from the West Virginia Commission on the Arts, and the Chicago Tribune’s Nelson Algren Award.