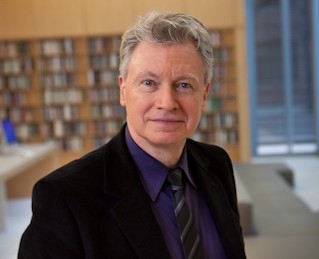 Robert Polito received his Ph.D. from Harvard. His most recent books are the poetry collection Hollywood and God and The Complete Film Writings of Manny Farber. He is also the author of, among other books, Doubles (poetry), A Reader's Guide to James Merrill's Changing Light at Sandover, and Savage Art: A Biography of Jim Thompson, which received the National Book Critics Circle Award in Biography/Autobiography. He edited the Library of America volumes Crime Novels: Noir of the 1930s & 1940s and Crime Novels: American Noir of the 1950s, as well as The Selected Poems of Kenneth Fearing. His poems and essays have appeared in The New Yorker, the Voice Literary Supplement, Verse, Threepenny Review, Yale Review, Bookforum, Ploughshares, The New York Times Book Review, Bomb, Fence, Open City, Boston Phoenix, Paste, Best American Poetry, Beast American Essays, Best American Film Writing, and other journals and anthologies. He recently served as President of the Poetry Foundation.

Polito teaches Poetry and Creative Nonfiction in our low-residencymaster of fine arts in creative writing program.