And what better way to bring the curtain up on the $23 million, state-of-the-art venue on the Queens University of Charlotte campus than with an unforgettable performance by Broadway star Sutton Foster.

One of the biggest names in the performing arts, the two-time Tony Award winner performed for a sold-out crowd in the world-class, 1,000-seat Sandra Levine Theatre.

“What an exciting and historic night here on the Queens University of Charlotte campus,” Queens President Dan Lugo said to open the evening’s festivities. 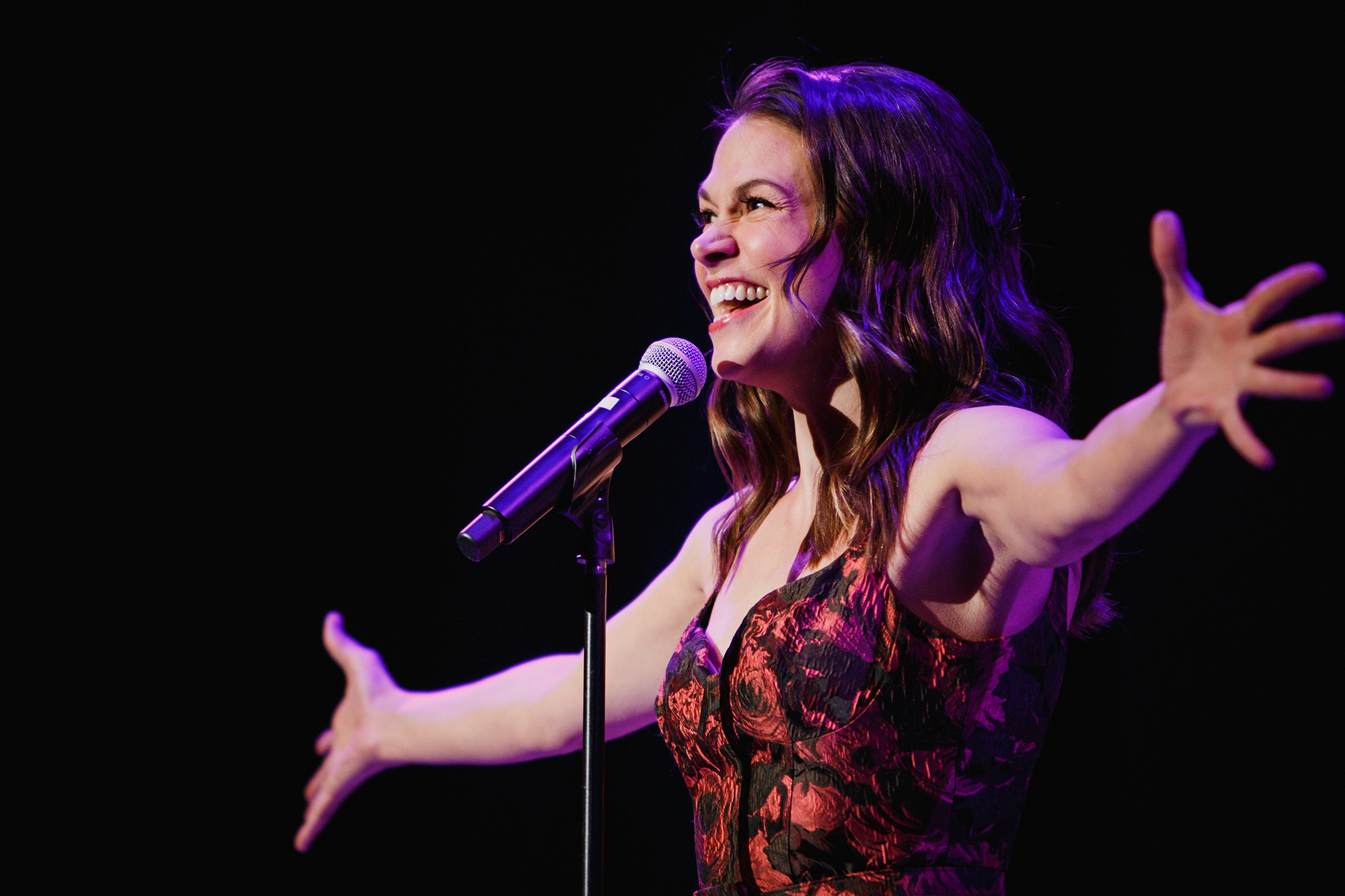 Foster has performed in 11 Broadway productions, including her award-winning runs in “Anything Goes” and “Thoroughly Modern Millie.” This fall, she will star opposite fellow Tony winner Hugh Jackman in the Broadway revival of “Music Man.”

As snow fell outside, Thursday evening was filled with plenty of warmth as Foster lit up the Sarah Levine Theatre with songs, stories and laughter.

Not only did she share her remarkable talents on stage in performing a medley of Broadway favorites, but also hours earlier she sat down with Queens students for a moderated question-and-answer session.

The actor, singer and dancer doled out advice for aspiring performers on caring for their voice and how to approach an audition and shared some insight into her life. She relayed that she believes in luck and opportunity, but it’s all about being prepared to take advantage of both.

It was an example of the inspirational opportunities that the Sarah Belk Gambrell Center will provide to enhance Queens students’ learning, while bringing exciting artists to the broader community as part of the annual Spotlight Series. 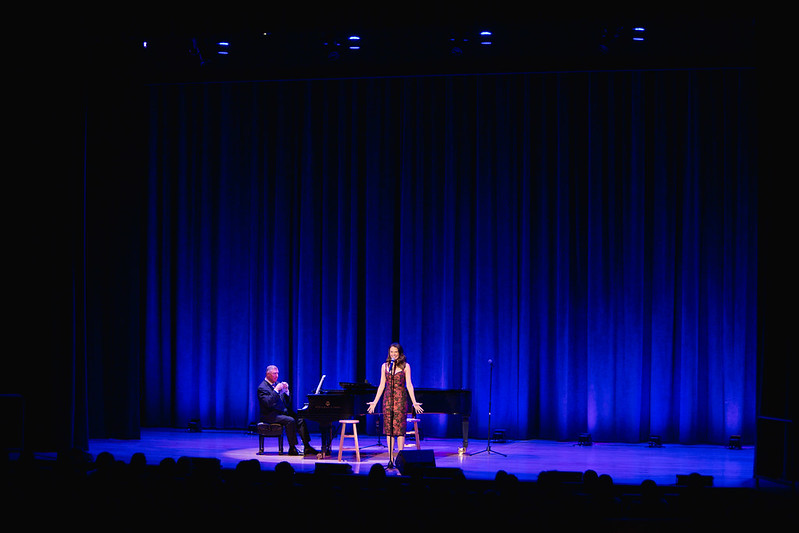 That multidisciplinary approach has the venue poised to become a beacon of arts and culture for both the university and the city as a whole.

“I look forward to seeing the significant impact this space will have not only on our campus,” Lugo said, “but on the Charlotte arts community.”

Foster’s performance was just one aspect of the grand-opening attractions, which also include an interactive installation from Queens alumna Molly Springfield ’99 – “The Marginalia Archive” – in the Bank of America and Loevner Galleries on the first floor of the space.

And there are many more events already on the calendar for the variety of venues inside the Sarah Belk Gambrell Center.

If the grand-opening gala is any indication, the breathtaking building on the corner of Selwyn and Wellesley Ave. has already become – as Queens Board of Trustees chair Michael Tarwater put it – “both a literal and figurative cornerstone of our beautiful campus.”

Learn more about Arts at Queens and the Sarah Belk Gambrell Center for the Arts and Civic Engagement here.

“5 things to know about the new $23 million center for the arts at Queens University,” Charlotte Observer